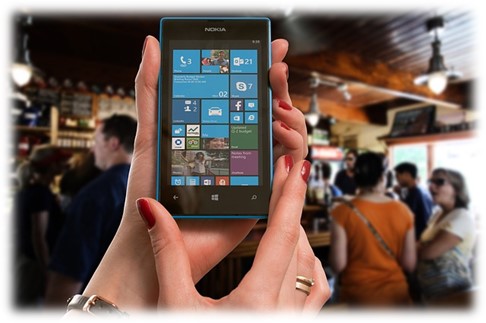 In Furcron v. Mail Ctrs. Plus, LLC (11th Cir., No. 15-14595, 12/16/16), a case out of Atlanta, the plaintiff complained that a co-worker with Asperger’s syndrome was sexually harassing her. The plaintiff, Furcron, alleged that during the six days she and the disabled co-worker, Seligman, worked together in late 2012, he frequently invaded her personal space while his penis was erect. He also stared at her, tried to look down her shirt and at her underwear when she bent over and rubbed up against her while in a state of arousal. Furcron took photographs of Seligman’s crotch to document what she perceived as asexual harassment. She alleged that when she showed the photographs to management employees, they either laughed or told her Seligman meant no harm and ultimately failed to remedy the situation. Furcron also showed the photographs to at least three non-management employees before showing them to a manager. As a result, Furcron was terminated for violating the company’s policy against harassment.

Furcron filed a lawsuit and alleged that she was terminated in retaliation for complaining about sexual harassment. She also brought a claim of sexual harassment based upon Seligman’s behavior and the company’s failure to address it. The Eleventh Circuit Court of Appeals held that summary judgment was proper on Furcron’s retaliation claim because Furcron failed to rebut the employer’s explanation that her discharge was based on her violation of a company policy prohibiting harassment in the form of “graphic material” based on sex or disability.

However, the Eleventh Circuit also held that summary judgment was not proper on Furcron’s claim of sexual harassment, and the Court also held that the district court improperly excluded another female worker’s affidavit stating that Seligman also harassed her and that she witnessed him rubbing up against Furcron.

This case also illustrates the delicate situation where the employer must deal with behavior that some workers may find offensive, but the behavior may be caused by another worker’s disability. However, as we have advised on numerous occasions, it is never in a company’s best interest to ignore or laugh at any employee’s complaint of harassment.

Kathleen Jennings, Principal is a principal in the Atlanta office of Wimberly, Lawson, Steckel, Schneider, & Stine, P.C. She defends employers in sexual harassment and other employment litigation and provides training and counseling to employers in employment matters. She can be contacted at kjj@wimlaw.com.

The materials available at this blog site are for informational purposes only and not for the purpose of providing legal advice. You should contact your attorney to obtain advice with respect to any particular issue or problem. Use of and access to this Web site or any of the e-mail links contained within the site do not create an attorney-client relationship between Wimberly Lawson and the user or browser. The opinions expressed at or through this site are the opinions of the individual author and may not reflect the opinions of the firm or any individual attorney.

The company holiday party. It is a time for the company to show its appreciation for its employees and give them an opportunity to celebrate the holidays and socialize together outside of work. Because the economy is stronger, more companies are planning to have holiday parties this year. According to a recent survey by HR consulting firm Challenger, Gray & Christmas Inc. of 100 HR executives, 76 percent indicated they would hold a holiday party, up from 69 percent in 2015.

The challenge for company management is to make the party memorable for the right reasons: good food, great location, festive decorations, maybe even some enjoyable entertainment. Ideally, employees will not be talking about the party for the wrong reasons: violations of company policies, such as the policy against harassment, or even violations of the law (such as driving under the influence). Some advance precautions can minimize the possible negative outcomes.

So, have fun, be safe, and enjoy the holiday season!

Kathleen Jennings, Principal is a principal in the Atlanta office of Wimberly, Lawson, Steckel, Schneider, & Stine, P.C. She defends employers in sexual harassment and other employment litigation and provides training and counseling to employers in employment matters. She can be contacted at kjj@wimlaw.com.

The materials available at this blog site are for informational purposes only and not for the purpose of providing legal advice. You should contact your attorney to obtain advice with respect to any particular issue or problem. Use of and access to this Web site or any of the e-mail links contained within the site do not create an attorney-client relationship between Wimberly Lawson and the user or browser. The opinions expressed at or through this site are the opinions of the individual author and may not reflect the opinions of the firm or any individual attorney.

It’s an election year, so most employees will be talking about politics at some point. In addition, recent world events have placed a focus on deadly attacks by terror groups. Sometimes, however, an employee’s expression of his or her “views” on the news and certain groups of people can cross over into actionable harassment. A recent example comes to us from the Fourth Circuit Court of Appeals, Guessous v. Fairview Property Investments, LLC, — F.3d —- (4th Cir. 2016), 129 Fair Empl.Prac.Cas. (BNA) 475. In that case, the Fourth Circuit Court of Appeals reversed the District Court and found, among other things, that a supervisor’s treatment of a female employee could be considered harassment based on race, allowing the case to proceed to a jury trial. Among the comments by the supervisor to the plaintiff, who was an Arab-American Muslim woman from Morocco, were the following:

Although employees may hear anti-Muslim or anti-Middle Eastern rhetoric voiced by politicians or media figures, that does not make those types of statements acceptable in the workplace. To the contrary, as a general rule, any comments that unfairly stereotype races, genders, or ethnicities or other protected groups should not be tolerated in the workplace, especially when they are made by supervisors. Such comments can be used as evidence of discriminatory animus against the company. Unfortunately, employees may hear or see these types of comments in the media or on social media and repeat what they have heard. Therefore, especially during this contentious election season, employers need to be especially vigilant about comments that may violate their policy against harassment in the workplace and take action when necessary.

Kathleen Jennings, Principal is a partner in the Atlanta office of Wimberly, Lawson, Steckel, Schneider, & Stine, P.C. She can be contacted at kjj@wimlaw.com.

A recent decision out of the Eleventh Circuit Court of Appeals, the federal appeals court that covers the states of Georgia, Alabama, and Florida, is a wake-up call to employers about the issue of discrimination of a transgender employee. The case, Chavez v. Credit Nation Auto Sales, LLC, — Fed.Appx. —- (2016), involves a transgender auto mechanic who was terminated for sleeping on the job, in violation of the company’s rules. The mechanic admitted sleeping on the job.   That set of facts would appear to present a good case for summary judgment in favor of the employer because it looks like the employer had a legitimate, nondiscriminatory reason for the discharge decision. The lower court seemed to think so, because it did grant summary judgment in favor of the employer.

On appeal, however, the Eleventh Circuit looked beyond the stated reason for discharge and took into consideration the facts and circumstances that occurred before the discharge decision. Thus, the Eleventh Circuit noted that the employee had never been disciplined until after she announced her gender transition to her employer. After that announcement, the Court noted that the employee presented evidence that she was subjected to heightened scrutiny at work and that the company did not follow its own progressive discipline policy in terminating her employment. The Court noted that the employee also offered evidence that the company’s upper management had made comments about other employees being uncomfortable with her transition, and that the employee might negatively impact the business. The company also told the mechanic that she could not wear a dress to and from work after the transition was complete. Based on all the evidence presented by the plaintiff, the Eleventh Circuit held that there were triable issues of facts as to whether the employer was motivated by a discriminatory intent and whether gender was a ”motivating factor” in the employee’s termination. Now this case can proceed to a jury trial.

What are the lessons to be learned from this decision? First: an employer must be consistent in the application of disciplinary rules, both among all employees, and toward a single employee throughout his or her employment. Second: Title VII’s prohibition of discrimination “on the basis of sex” encompasses a prohibition of discrimination—and harassment—against transgendered persons. Whether company management is comfortable with the idea of a transgendered employee or not, the reality is that an employer covered by Title VII (which means it has 15 or more employees) cannot discriminate against an employee because he or she is transgendered, nor may the company tolerate harassment of such an employee.

Our Firm recently finished defending a sexual harassment case in federal court, and the final result was a defense verdict on all counts. The case was brought by a woman who claimed she was subjected to a multitude of sexual remarks in the workplace. The company had a written sexual harassment policy and complaint procedure, and one point of contention was whether the plaintiff’s alleged reporting of inappropriate remarks to various company employees was sufficient to put the company on notice of potential harassment. When the Plaintiff finally reported the harassment to a management official listed in the Harassment Policy to receive complaints, the company conducted an investigation, disciplined the harasser, and the harassment stopped.

Looking back on the facts of the case, the Plaintiff’s attorney spent a lot of time and energy criticizing what he characterized as the failure of the company representative to take a written statement from the Plaintiff when she complained about inappropriate conduct (the management representative had taken notes and drafted a memo of the conversation with the plaintiff). The plaintiff had tried to capitalize on the absence of a signed statement by increasing the number of sexual remarks and enhancing their offensiveness as the case moved to litigation. This issue seemed to resonate less with the members of the jury than with the lawyers.

Nevertheless, in hindsight, a written statement signed by the plaintiff would have made the defense lawyer’s job easier. First, when a complainant signs a statement of complaint, whether it is written by her or by someone at the company, this document locks the complainant into a story. Once a complaint reaches the litigation, there is a temptation for a plaintiff to expand the allegations of harassment in order to avoid summary judgment and get the case in front of a jury. The existence of a signed statement makes that a lot harder to accomplish. Second, and similarly, the document sets the parameters of the investigation so that the complainant cannot claim later that the company failed to conduct a thorough investigation into all of his allegations. Third, should the complainant decide to change her story, either at a deposition or at trial, that signed statement will be invaluable for impeaching the later inconsistent testimony. 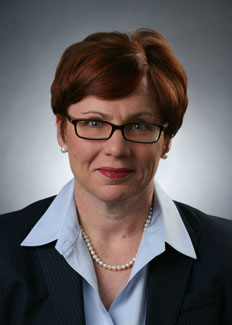